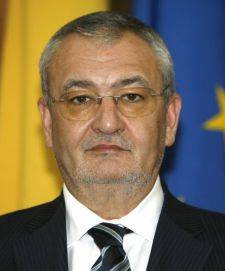 Bucharest – Jubilating leadership of the recently set up National Association of FNI Investors (President Ovidiu Mazilescu, and VPs Dana Coman and Stefan Marian) told reporters at a press conference that took place in Bucharest yesterday that the verdict given the other day by a Bucharest court in their case against the Savings Bank (CEC) opens the way for investors to recover their money.

Although Deputy Finance Minister Sebastian Vladescu said that the state budget would provide the money according to the final court decision, that is highly unlikely to actually happen. By and large the amount due equals some 1% of the Gross Domestic Product (GDP), an additional deficit that Romania simply cannot afford given the tensed relations with the International Monetary Fund. Along with the disastruous drought that will probably cost Romania some 1.3-1.5% of the GDP, the new expense would ruin all government’s targets for this year (budget deficit, inflation, economic growth).