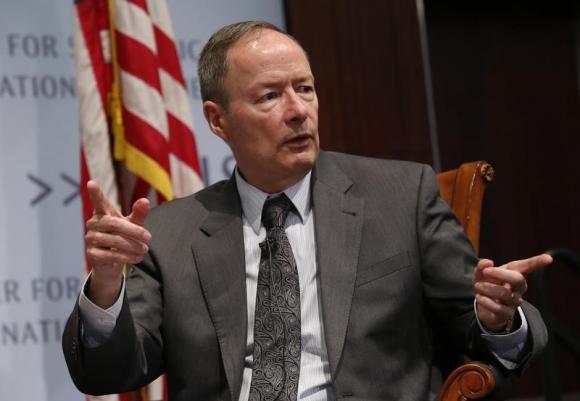 Rep. Alan Grayson, a Florida Democrat who serves on the House Foreign Affairs Committee, said he would „request an investigation” of Dowd’s deal with Alexander’s firm.

Grayson accused the ex-NSA chief of being „promiscuous in his unscrupulousness,” and suggested that his company’s arrangement with Dowd was „an obvious violation of the standards of ethical conduct for employees of the Executive Branch.”

END_OF_DOCUMENT_TOKEN_TO_BE_REPLACED

Romania’s president said on Friday he had given his approval for prosecutors to open a criminal investigation against five former ministers suspected of money laundering, abuse of office and bribery tied to software licenses for schools.

The anti-corruption prosecutors are also seeking approval from the Romanian and European parliaments to investigate a further four former ministers in the same case. They are still serving lawmakers and so their parliamentary immunity must first be lifted for them to be investigated too.

„From my point of view, the investigation can move forward and any parliamentary delay is damaging,” President Traian Basescu said after authorizing the investigation of the five former ministers who no longer hold any state office.